More than 300,000 NEW residents move to Florida every year 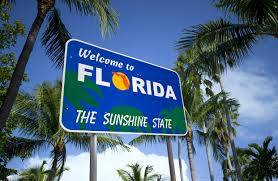 Florida will continue growing by more than 300,000 people a year and will top 22 million residents in 2022, according to a report posted online this week by state economists.

“Between April 1, 2018 and April 1, 2024, population growth is expected to average 330,605 net new residents per year (906 per day), representing a compound growth rate of 1.53% over this six-year time horizon,” an executive summary of the report said. “These increases are analogous to adding a city slightly larger than Orlando every year.”

The report noted that the state forecasts are lower than population predictions by the U.S. Census Bureau, pointing to different methodologies in the way estimates are reached.

Florida Kennel Empty ‘For the First Time in History,’ All Dogs Adopted

What is a Mortgage Broker?

How Much Is Your Time Worth? Here’s How to Calculate It (& Up Your Value!)

The No. 1 Mistake New Real Estate Investors Make and 4 Ways to Avoid It

Guide To Selling Your Home

What Investors Should Understand About Attorney-Client Privilege